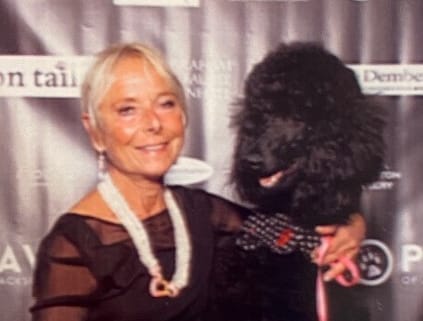 Professionally, Bettina Whyte is a nationally recognized leader in the financial and operational restructuring industry.  She has also served as an expert witness in many high-profile litigations and has served as a mediator of complex business matters.

Bettina first came to Jackson Hole on a visit when she was 18 years old and immediately fell in love with the town and the rugged beauty of the Tetons.  From that moment forward, it became her goal to someday live in the Valley.  She fulfilled that dream in 1996 when she bought her first piece of property and became a Wyoming resident.

In her desire to actively give to the Jackson community, she served as a Trustee of the National Museum of Wildlife Art for nine years.  But it is her passion for animals that led to her becoming one of the founding members of the Jackson Hole Police K-9 Auxiliary and to her active involvement with PAWS over the last several years.  She also remains active with several national animal organizations, including The Animal Medical Center in New York City and Canine Companions for Independence, which breeds, trains, and provides certified service dogs to individuals with special needs free of charge

So, when invited to join the board of PAWS, Bettina agreed with enthusiasm.   She is a strong believer that one of the best ways to help people is through animals, and this an underpinning of PAWS’ work in the Community.

She enjoys spending time playing with her two standard poodles, fly fishing, hiking, gardening and being with good company and friends.